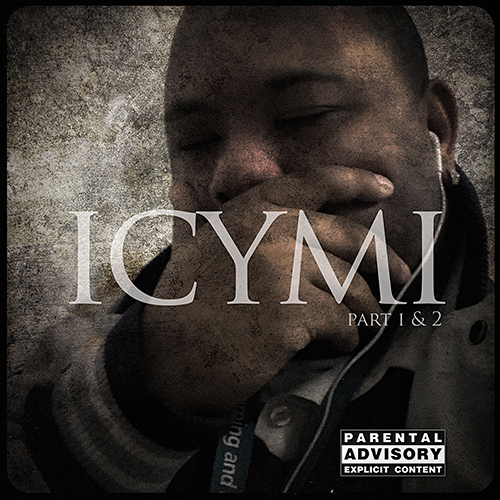 Delivering his official double dose of verbal warfare, the beat-maker brings a two-part collection of recordings which were solely and exclusively created at the GR8-1 Music Lab.

Part 1 of the collection features guest vocals from long time collaborators Ruff MP & Cecil Foster.  This is what he considers his lyrical showcase based on the perception of a determined and undeterred MC.

Mainly driven in the direction of Alternative Hip Hop, he combines the sounds of synthesizers with raw boom bap drums chopped in his signature style of stomping kicks and snapping snares.

Adding inspiration from the culture he grew up in, he symbolises his love for reggae and dancehall culture by creating two records purposely as a tribute.   ‘Moving on me’ and ‘Back it on me’ brings out his youthful experiences of being around Jamaican and Caribbean sounds that was played constantly in his household by both his parents.

Part 2 is what he considers his lyrical showcase based on the perception of his natural male persona.   Putting aside his competitive and defensive ego, the artist wanted to deliver a variety of topics that displayed his human side.   Self-progression, music admiration and the old time favourite subject of Love can be found through this 17 self-produced track collection.

Unlike Part 1, he explores into other areas of sound taking inspiration from Latin Music; Afrobeats; Classical and Electronica as he didn’t want to become a one-dimensional MC and knows that love is an area not many can conquer without over or under selling sex. Mr FX is the only collaborator on this collection featuring on two recordings, Hip Hop Rebel & MF.

*** The edited version contains ‘Touch you Again’ instead of MF.